USDA forest researcher Steve Seybold (foreground), a lecturer and researcher at UC Davis, examines bark with his doctoral student Corwin Parker. (Photo by Katy Keatley Garvey)
Talk about extremes! Have you ever thought about how some insects have adapted to fire, ice, acid, hot water, salt and the desert?

Have you ever seen an ambrosia beetle, a red turpentine beetle, an ice cricket, a brine fly or a sand wasp?

You will if you attend the UC Davis Bohart Museum of Entomology open house on “Extreme Insects: Fire and Ice,” on Sunday afternoon, Aug. 19.

The public event, to take place from 1 to 4 p.m. in Room 1124 of the Academic Surge Building, Crocker Lane, is free and family friendly. It will emphasize "fire and insects."

“There are a number of species that are specifically attracted by smoke to damaged trees,” said Lynn Kimsey, director of the Bohart Museum and professor of entomology at UC Davis. “Wildland fire fighters hate them because some of the beetles fly at them, crawling into their turnouts and biting them. Fire insects include jewel beetles, some horntail wasps and a few others."

In addition to fire insects, Kimsey said that the Bohart open house will cover other insects adapted to extremes:

Regarding the beetles that attack the firefighters, these are “The flatheaded borers (Buprestidae) and they will actually nip the firefighters as they land,” said chemical ecologist Steve Seybold with the USDA Forest Service, Pacific Southwest Research Station, Davis, and a lecturer/researcher with the UC Davis Department of Entomology and Nematology.

Insects that like ethanol/burned phloem include the red turpentine beetle, the ambrosia beetles, the "sour cambium" beetles, and some of the larger woodborers, Seybold said. “These are the 'undertakers' of the trees, if you will.  Certain bark and ambrosia beetles specialize in colonizing burned tissue that gives off ethanol as a sign of fermentation. These insects wait until things have cooled off a bit before they bore into the trees."

"Often when you visit a burned area," Seybold said, "you'll see piles of white dust coming out of the trees that have blackened bark.  This dust is made by ambrosia beetles--and other larger woodborers--that can make use of the carbon that is still present in these moribund trees.  Ambrosia beetles 'consume' this carbon indirectly by farming fungi in their galleries.  The fungus serves as a conduit for the nutrients in the wood.  Some of the larger woodboring insects have other adaptations like specialized enzymes that degrade cellulose or hemicellulose."

Seybold called attention to an article titled “Attraction of Melanophila Beetles by Fire and Smoke,” authored by noted beetle expert E. Gorton Linsley (1910-2000) and published in April of 1943 in Scientific Notes, the Journal of Economic Entomology.  Linsley, who received his doctorate from UC Berkeley in 1938, wrote that thousands of cigarette smokers at the UC Berkeley football games were complaining of beetles swarming into the stadium and biting their hands and necks.

The smoke on "still days sometimes hangs like a haze over the stadium during a big game," wrote Linsley, identifying the beetles as Melanophilaconsputa Lec. and M. acuminata (family Buprestidae). M. consputa is commonly called “the charcoal beetle.”

Linsley also reported receiving "complaints from sawmill operators, fire fighters and smelter plant workers regarding annoyance by buprestid beetles of the genus Melanophila. These beetles appear to be greatly stimulated by heat and attracted by smoke. They normally breed in fire-scarred pines and under ordinary conditions, they are rarely encountered in nature. However, on hot days during the dry season, especially in late summer and fall, they sometimes fly in unbelievable numbers to forest fires, burning refuse dumps, refineries, smelter plants, etc.”

Wildfires continue to rage in California. As of Aug. 13, the 5,255 California wildfires this year have burned 958,812 acres, according to the California Department of Forestry and Fire Protection and the National Interagency Fire Center. To date, the still-active Mendocine Complex fire, the largest wildfire in California history, has charred more than 344,000 acres.

The Bohart Museum open house also will include a family craft activity involving extreme insects. The museum houses a global collection of nearly eight million specimens and is the home of the seventh largest insect collection in North America, and the California Insect Survey, a storehouse of the insect biodiversity.  It also houses a live "petting zoo" of Madagasar hissing cockroaches, walking sticks, tarantulas and praying mantids, and a year-around gift shop,  stocked with T-shirts, sweatshirts, books, jewelry, posters, insect-collecting equipment and insect-themed candy.

The Bohart Museum's regular hours are from 9 a.m. to noon and 1 to 5 p.m. Mondays through Thursdays. It is closed to the public on Fridays, Saturdays and Sundays and on major holidays. Admission is free.  More information on the Bohart Museum is available on the website or by contacting (530) 752-0493 or emailing bmuseum@ucdavis.edu. 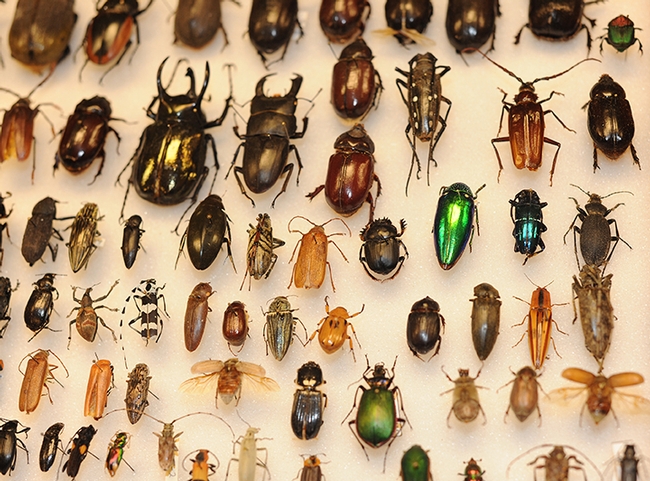 This is part of the beetle collection at the Bohart Museum of Entomology. (Photo by Kathy Keatley Garvey 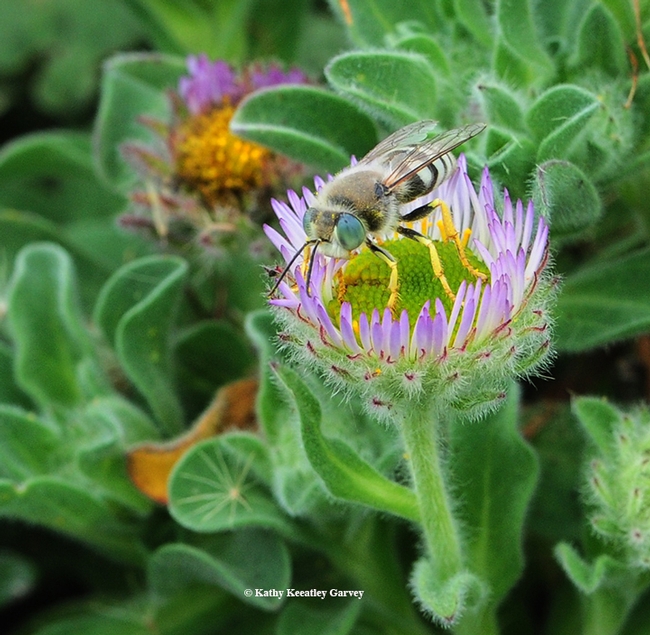